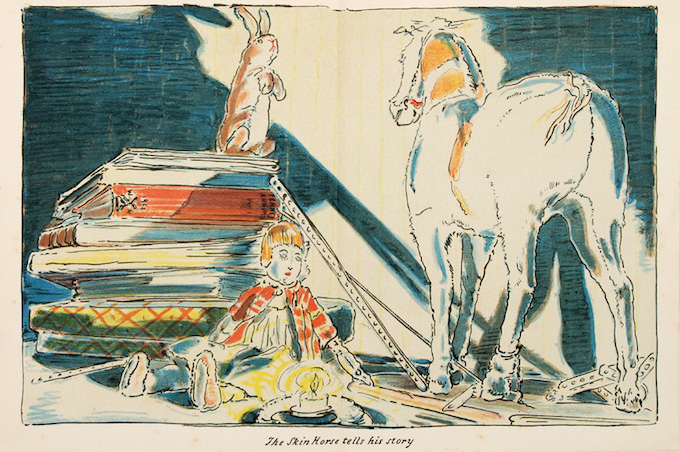 For Children’s Book Day, we are throwing it back to the 20th century and remembering some of the greatest children’s books of all time. These 10 children’s books have stood the test of time, and are just as popular with today’s kids as they were when they were published.

So stock up, because these books are here to stay.

Before cartoons or movies entered the home, The Velveteen Rabbit captured the hearts of kids and parents alike. The book demonstrates the loving relationship between a child and a stuffed animal. Thanks to the boy’s care, the velveteen rabbit comes to life! Filled with magic and mystery, this story shows the power of childhood imagination.

Winnie the Pooh and his friends from the Hundred Acre Wood have become icons in the world of children’s literature. Even making their way to the big screen, Tigger, Piglet, Eeyore, and the rest of the clan have been studied over and over again as a part of larger conversations around human psychology.

The adventures of Curious George and the Man in the Yellow Hat still excite kids of all ages. Today, Curious George’s mischievous antics are brought to life in games, television shows, feature films, and more. Half a century later and kids still can’t get enough of this cute little monkey.

Some consider Goodnight Moon one of the best bedtime stories ever written. The rhyming scheme alone is enough to lull its audience to sleep, and the story itself consists of saying goodnight to all the objects in a child’s bedroom.

Dr. Seuss’ classic character made his debut in this 50’s children’s book. The cat with the red and white striped hat has become an iconic representation of Seuss and his playful, but wise, characters and story lines. Beloved characters Thing One and Thing Two are also introduced in this story!

James Henry Trotter, a young orphan, embarks on a crazy adventure when he discovers a giant peach growing in his front yard. He meets several magical bugs who join him on his escapade, as they encounter the ocean, the skies, and much more. In the end, James is considered a hero for bringing a giant peach to New York City for everyone to share.

The Snowy Day was a trailblazer in the realm of children’s literature because it featured the first African-American protagonist in a full-color children’s book. In the story, Peter wears a puffy red coat to explore his New York neighborhood after the first snowfall of the season. The book was Keats’ attempt to bring attention to the lack of minority children found in children’s literature.

Shel Silverstein’s The Giving Tree is one of the most controversial and best known children’s books of it’s time. Over the years, the book has received mixed reviews and varying interpretations. The book chronicles the relationship between a boy and his favorite tree. As the tree gives and gives, the boy continues to take, until all that’s left is an old man and his stump.

Pfister’s popular children’s book is famous for its lesson to kids about the importance of being yourself and sharing your uniqueness with the world. The Rainbow Fish, who has beautiful multi-colored scales, learns to share his scales with his friends and how to make others happy. By the end of the book, he understands the value in sharing his unique contributions with others and with the world.

Stellaluna is a beautiful depiction of the power of relationships, whether it be a mother and her child, siblings, or best friends. After being separated with her mother, Stellaluna, a fruitbat, is raised as a bird with three siblings, but always recognizes her differences from the birds. Later in life, she is reunited with her mother and understands why she was so different, but Stellaluna and the birds still consider themselves a family.