Do prisons use third grade reading scores to predict the number of prison beds they'll need? 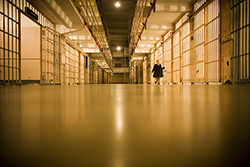 Politicians find the factoid a pithy way to emphasize the importance of early childhood reading. And journalists find it a convenient lede for stories highlighting the good work of reading programs across the country. But, do prison builders really use third grade reading scores to predict the number of prison beds they’ll need?

The idea is especially odious to those it’s often communicated to: educators, parents, and prison reform advocates. The statement is explosive, as they say, because it speaks to so many of our deeply-rooted convictions–our apprehension over prison operators’ motives, our worry over the quality of our public schools. It’s a loaded statement sure to ruffle feathers.

Thanks to the work of some intrepid reporters and fact checkers, we know that this startling claim is not true. Well, technically untrue at least.

Perhaps it’s best to call this a distortion of the truth. While there isn’t evidence of State Departments of Corrections using third- (or second- or fourth-) grade reading scores to predict the number of prison beds they’ll need in the next decade (one spokesperson called the claim “crap”), there is an undeniable connection between literacy skills and incarceration rates.

You see, a student not reading at his or her grade level by the end of the third grade is four times less likely to graduate high school on time–six times less likely for students from low-income families. Take that and add to it a 2009 study by researchers at Northeastern University that found that high school dropouts were 63 times (!) more likely to be incarcerated than college grads and you can start to see how many arrive at this conclusion.

But once incarcerated, not all hope is lost. In fact, literacy instruction can help on both ends of the correctional system; studies have shown that inmates enrolled in literacy and other education programs can substantially reduce recidivism rates. One study of 3,000 inmates in Virginia found that 20% of those receiving support in an education program were reincarcerated, while 49% not receiving additional support returned to prison after being released.

So, while prison planners do not use third grade reading scores to determine the number of prison beds they’ll need in the decade to come, there is a connection between literacy rates, high school dropout rates, and crime. While we should file this claim as an urban legend, let’s recognize why it resonates with us: it speaks to the important ways that poor reading skills are connected with unfavorable life outcomes.