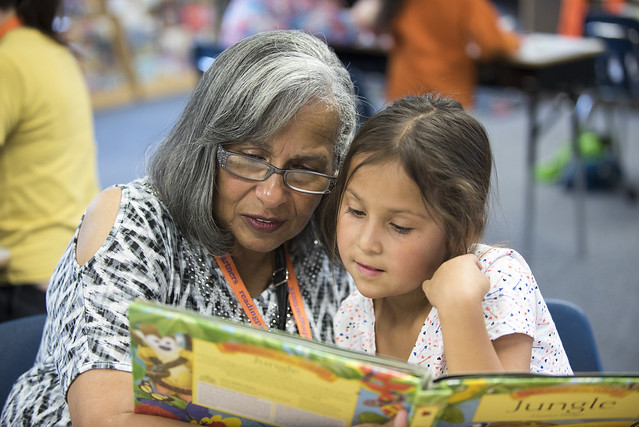 Originally posted on the New York Times by Nicholas Kristof.

’Tis the season when we inflict on one another neckties and perfumes that no one really wants, plus more than $1 billion in gift cards that are never even redeemed. Hence my annual column with suggestions for “gifts with meaning” that are warmer than any scarf.

If you insist on a gift certificate, how about one for GlobalGiving, whose website lists aid projects all over the world? The recipient can support a tribal child in India in school for a year, or street children in Ecuador, or L.G.B.T. rights in central Africa.

Or here are some other options:

Help overlooked Puerto Ricans. It has been more than a year since Hurricane Maria pounded Puerto Rico, yet many families are still struggling and President Trump is talking about ending aid efforts. So consider supporting hurricane victims through the Puerto Rico Funders Network; donations are matched if you contribute through GlobalGiving.

Give kids better brains. This is one of my favorite interventions, a bit nerdy but incredibly cost-effective. When there isn’t enough iodine in the food supply (or, for a fetus, in the mom’s body), children’s brains often don’t develop properly. Iodine deficiency also causes goiters, but the biggest impact is mental disability: The world has lost billions of I.Q. points this way.

This is easily solved by adding iodine to salt, for pennies per child per year. You can thus build brains by donating to the Iodine Global Network through GiveWell, which analyzes the most cost-effective ways to help people. (GiveWell has other excellent suggestions, such as deworming kids and fighting malaria.)

Help refugee children. This is the year that the United States tore immigrant children from parents at the border, so consider supporting an organization like Raices or Covenant House. Raices, the Refugee and Immigrant Center for Education and Legal Services, provides legal help for these children, while Covenant House operates shelters in the U.S. and abroad for desperate migrant kids and others in need of a roof and comfort.

Fight suicide and mental illness. I was saddened this year when Kyle Martin-Patterson, the son of some dear family friends, committed suicide. Suicide rates are now at a 30-year high in America. So in honor of Kyle, my wife and I contributed to the Jed Foundation. Founded by the parents of a boy named Jed who committed suicide in 1998, the Jed Foundation works with colleges and high schools to build programs for mental health, so that young people get the help they need.

Help Native Americans get through college. American Indians constitute one of the most marginalized groups in the United States today, with a high school graduation rate at Bureau of Indian Education schools of just 53 percent. Only 16 percent of American Indians have a college degree. So consider the American Indian College Fund, which supports students not only with scholarships but also with mentoring and advice on getting financial aid.

Help a child read. If writing a check feels too easy, then perhaps a suitable gift is a donation of time in honor of a friend or family member. You might volunteer with Reading Partners, working one-on-one with an elementary school child who is behind in reading. It operates in many states, and careful evaluations have shown excellent results in improving children’s reading.

Save lives. Women’s health programs are taking a beating in this administration, with funding cuts that will result in less family planning and more deaths in childbirth (a woman dies every two minutes somewhere in the world from pregnancy-related causes). So consider Path, a nonprofit that comes up with nifty solutions to problems of the developing world.

Remember Q, who supplied gadgets to James Bond? Path’s offices in Seattle are like Q’s workshop. Scientists are working on developing contraceptives that women can inject themselves, new water treatment systems, new medical infusion devices powered by bicycle pumps for places that lack electricity, and even the farming of insect larva as a cheap source of protein — a way to address the malnutrition that leaves almost one-quarter of all kids worldwide stunted. I tasted the larva and they’re, um, not so bad.

The most common cause of maternal death is hemorrhage. So Path developed a simple device called a uterine balloon tamponade that even a remote clinic can use to save some of these lives. It’s made from rubber tubing and a balloon or condom that fills with water to press on the uterus and reduce bleeding.

My point is that gift-giving can be exciting, even lifesaving. Most of us don’t need more neckties or earrings, and it’s far more thrilling to give a child a better brain, a malnourished family some protein-rich insect larva, or a hemorrhaging mom her life back. Happy holidays!