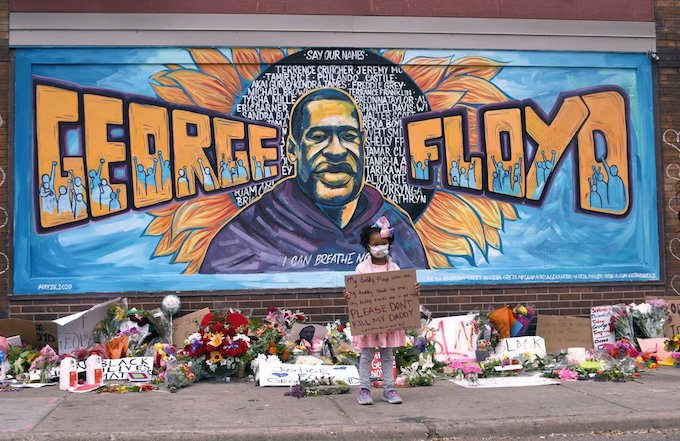 As a Black woman, I recognize that this moment is one deeply felt by Black communities and the entire country, I want to share thoughts that have been on my mind (and likely many of yours) for several weeks.

I want to address the troubling state of a country where a Black man can be helplessly suffocated to death by the police while pleading for his life (and having witnesses do the same on his behalf). A country where a man can be shot to death for “running while Black.” A country where a member of the board of the New York City Audubon Society, an avid bird watcher who happens to be Black, can be falsely accused of threatening the life of a woman simply for asking her to follow the park regulations and put her dog on a leash. In all of these cases and many more that have become so sadly commonplace in articles and on the nightly news, the truth of the events that occurred has been exposed thanks to video footage.

But just as the videos have unearthed the raw and repulsive details of these specific situations, they have also revealed the uncomfortable fact that the absence of such footage would likely lead to very different outcomes in each of these cases (both in the court of law and the court of public opinion). We only know that the last breath was senselessly stolen from a restrained George Floyd because of the video capturing his final horrifying moments. We’re only aware that Ahmaud Arbery was essentially hunted through the streets of Georgia as he jogged because of cell phone footage that emerged months after his death. We only know that Christian Cooper threatened no one in Central Park (but was rather threatened himself) because he had the good sense to pull out his phone and record the interaction. The shameful reality is that had there been a lack of video evidence, as is typically the case, these victims would have unquestionably been deprived the justice they so rightly deserve.

Last year marked the 400th anniversary of the arrival of the first slave ship at Point Comfort, VA. And yet, what does it say about our nation that here we find ourselves centuries later, protests spanning from coast to coast, the air thick with tear gas and all-too-familiar calls for social justice, opportunity for all, educational equity, and the end of systemic racism and police brutality? What does it say that the life and death implications of the dehumanization faced by Black people and communities of color has endured for our entire existence in this country?

In this moment, we must recognize that the racism that permeates American society infects us all, including our children. Ultimately, our collective societal health requires that people of all races, backgrounds, and levels of power and influence challenge systemic racism and help eradicate it in every instance. COVID-19 has disproportionately taken a toll on communities of color in terms of infections, deaths, unemployment, and the loss of educational access and opportunity. But our country in aggregate would indisputably be better off right now with fewer people infected. The same is true of racism, discrimination, and all violations of fundamental human rights and decency.

It’s time we all look inside ourselves to consider what we can do now as individuals and communities that will result in a brighter, more equitable future (both including and beyond literacy education) for the more than 10,000 students we serve at Reading Partners, 90 percent of whom are students of color.

As the mother of two young Black men in America, I cannot pretend that George Floyd couldn’t conceivably have been one of my own boys. I cannot escape the feeling that there has been a knee on the neck of the Black community for 400 years and counting.

Reading Partners stands in solidarity with the Black Lives Matter movement in grieving the senseless death of George Floyd. The tragedy brought down on Minneapolis this time has all-too-often struck many corners of this country. This is a burden that all of us, and all of society must bear until it is made right.

My thoughts and prayers are with all those mothers, fathers, sisters, brothers and friends who have ever known the conflicting feeling of pride in seeing their loved ones venture out into the world to do their best while concurrently holding their breath until the moment those same people return safely through the door. We must acknowledge the systemic racism, inequity, and brutality that have life and death implications for Black people everyday.

With you in service,

At Reading Partners, we are committed to closing educational opportunity gaps and creating pathways for a more equitable future. We are mindful about ensuring that our program prioritizes inclusive books, materials, and resources that reflect the students we serve. As such, we invite and encourage all families to read books written by and featuring people of color, allowing perspectives for children to broaden. The small to large choices we make will ultimately impact societal change.

In the spirit of proactive engagement, I’d like to share a few book lists with this caring community as a starting point for discussions you may choose to have with the people in your lives. The first, a list of diverse books and essays, The Antiracist Reading List, is targeted toward adults and explores how we can take steps to overcome racial injustice in America. I also highly encourage anyone who works with kids—or has them—to be intentional about exposing them to children’s texts that actively discuss race. Whether buying books for adults or children, another way to support the move toward racial equality is to consider purchasing from a Black-owned bookstore.