Why rush to hold kids back? 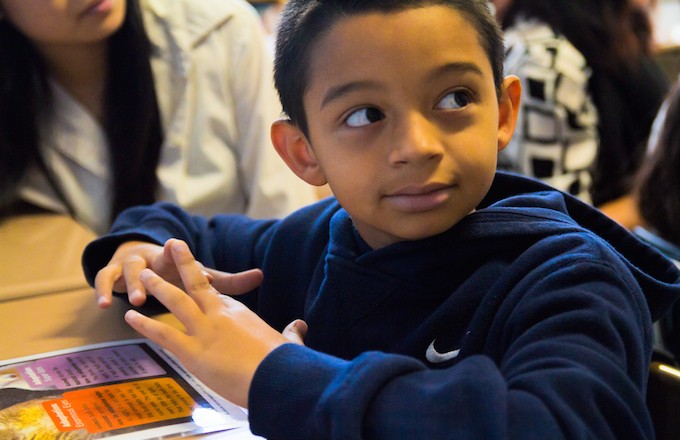 This article was first published in The Detroit News.

By: Brian Jacob and Michael Lombardo

The state House of Representatives last week advanced Michigan’s first comprehensive early reading program. This action could not have come soon enough. Nearly seven out of 10 fourth-graders in Michigan read below grade level. That rate jumps beyond 80 percent when looking just at low-income students.

We applaud much of Rep. Amanda Price’s bill, including an emphasis on early identification of struggling readers and significant funding to train teachers and provide additional supports to students. These approaches are inline with what educators know to be best practices, and substantial research suggests this approach will get real results for kids.

One provision in the bill, however, stands out as misaligned with mainstream approaches in early reading. The bill proposes that if third-graders don’t score well enough on a state standardized test, they would be held back.

Mandatory retention is a bad approach for several reasons.

Numerous studies have shown that the academic gains from retention quickly fade and that kids who are held back are more likely to drop out of school.

Florida is often heralded as a retention success story. While it is true that the state saw impressive initial gains in fourth-grade reading scores after adopting its policy in 2002, rigorous research has shown that by the time kids who repeated third grade in Florida reached middle school, they were no better off than their peers who had not been retained.

Despite showing great gains in fourth-grade reading, Florida’s eighth-grade reading scores have barely budged. More importantly, because Florida invested nearly $100 million per year in tutoring, summer school and teacher professional development, it is not possible to determine what impact retention alone would have had on early reading performance.

Second, mandatory retention is an extremely expensive way to help struggling readers. In other states that have tried this approach, up to 20 percent of third-graders have been held back, which means that they will end up spending an entire additional year in school. Given that Michigan spends over $10,000 per pupil each year, this policy will come with an enormous price tag, not to mention the logistical challenges created by the policy.

State-mandated retention is also highly controversial. Many parents are understandably outraged to learn that the state is forcing their child to repeat third grade and that they have no say in the decision. After Oklahoma implemented its version of retention, there was a massive backlash from parents, leading to an amendment that provided local schools and parents greater input.

While the House version of the bill delays implementation of the retention policy until 2019, why include it at all? Rep. Price’s bill is a good one looking beyond retention, and, combined with additional funding for reading programs passed last spring, represents a smart investment. There are so many things that researchers can say with certainty help students improve their reading such as supplemental tutoring support and summer school. Let’s give proven practices time to work before we start experimenting on kids by forcing them to repeat third grade.

Brian A. Jacob is the Walter H. Annenberg Professor of Education Policy and professor of Economics at the University of Michigan. He co-directs the Education Policy Initiative. Michael Lombardo is the CEO of Reading Partners, a nonprofit organization working to improve early reading proficiency for kids across the United States.