Asian American experiences seen through the lens of children's books 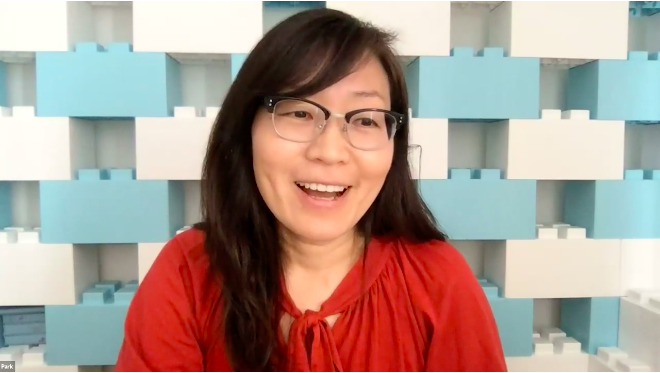 NEW YORK – Korean American author Jane Bahk feels now more than ever that Asian American stories need to be told. Her new children’s book “Juna’s Jar” is a story about a Korean American girl and the adventures she creates in her mind.

“The main message is about using your imagination to cope with change and loss,” Bahk said. “That’s a message we all could use right now.”

“Juna’s Jar” is on a new list of books by Asian American authors compiled by the national non-profit literacy group Reading Partners.

“Asian American Pacific Islander history is American history and I think it’s so important for us to teach our children at a really young age that they can learn about different cultures through literacy,” Reading Partners’ Adeola Whitney said. “And see the world through the eyes of different people by learning their stories, learning about their rich histories.”

“For people who are from Filipino American background, seeing themselves in the pages of a book is valuable but even more so in this time,” Gilmore-Young said. “It’s important for people of all cultural backgrounds to learn about each other.”

“Cora Cooks Pancit” is about a mother sharing her family history while cooking a traditional dish with her child.

“I think it is important for all of us to listen and learn about each other’s stories,” Gilmore-Young said.

Both Bahk and Gilmore-Young identify with the recent rise in hate crimes against Asians. They have experienced racism first-hand and so have their families.

“My mom had this big scar on her leg and she never talked about it. She was run off the sidewalk by a man on a bike who was shouting racist slurs at her and she was left there bleeding. Nobody would help her,” Bahk said, holding back tears. “She hobbled home and she ended up needing 15 stitches.”

“It was something she didn’t talk about and she never really wanted to talk about racism,” Bahk added.

But she said she believes talking about racism is important as is telling stories and putting Asian American culture in a positive light.

And that is something both these authors are doing in their books.