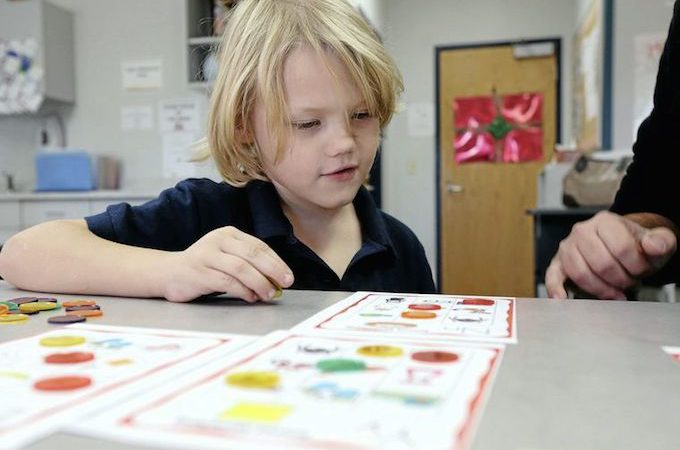 Mayor G.T. Bynum is expanding a partnership his staff have embraced and bringing it to the rest of City Hall, allowing employees to schedule work time to tutor young students, he announced Wednesday.

Bynum issued an executive order that gives city employees the power to use up to two hours of paid time per week to participate in Reading Partners, a national group working in Tulsa that pairs adults with kindergarten through third-grade students to help them read. 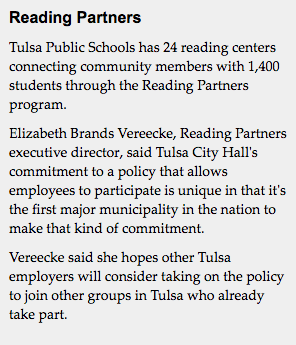 Bynum’s announcement was made at Gilcrease Elementary School, where the mayor and his staffers participate in Reading Partners, meeting periodically for an hour or so with their assigned students to work on literacy skills.

She said the changes she has seen among her students in the program isn’t just their ability to read better.

“The relationships they have with the reading partners is huge,” Johnson said.

The youngsters “come from great homes and they have people here in the school, but knowing that someone from outside their community is coming to see you and invest in you means so much,” she said.

One of the Bynum administration’s top priorities is to improve the level of education in Tulsa. He said allowing city employees to participate will indirectly affect a number of other long-term priorities for the city, from economic development to reducing crime rates.

“Reading proficiency of kids and their education has a huge impact on so many of the things we look at at the city,” Bynum said. “What we’re doing here today is something that the kids will see the benefit of quickly, but the community will feel the benefit from this 10, 15 and 20 years from now.”

Bynum said his executive order is just the first step, as it allows the city’s Human Resources Office to design a system for allowing employees to participate in Reading Partners. Bynum said participation will only be allowed if work productivity for any given employee is not affected.

Related stories were also published by News on 6, Public Radio Tulsa, The City of Tulsa, The News Locker, and LakeExpo.com.