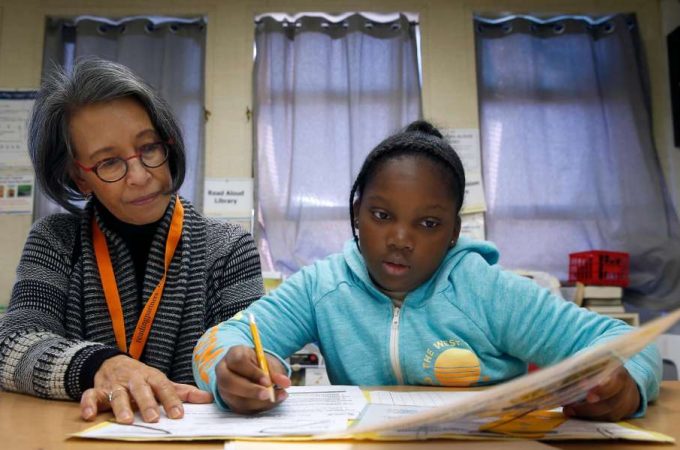 Jordyn Williams, a 9-year-old fourth-grader at Emerson Elementary School in North Oakland, meets with a volunteer from Reading Partners, a children’s literacy nonprofit, twice a week. On one day she sharpens her comprehension skills, the next focuses on phonics.

Jordyn began the school year reading at third-grade level. She’s one of thousands of Oakland Unified School District students who need more help learning to read than they’re getting in classrooms. For the third year in a row, more than half of the district’s students who took the Scholastic Reading Inventory test, an assessment of reading performance, are reading below grade level.

About 16 percent of students who aren’t reading proficiently by the end of third grade don’t graduate from high school on time, according to a 2012 study on literacy by the Annie E. Casey Foundation, a charitable organization that works to boost the lives of disadvantaged children.

If by fourth grade you don’t have those skills to know how to read, you’re going to very quickly fall behind,

By fourth grade, students start reading to learn, Riddle said. Reading impacts comprehension in subjects like history, math and science. Think about it: How frustrating would it be not to be able to read and understand words you’re already supposed to know?

“If students aren’t getting up to grade level by the end of first, second (grades) — not just in our system, but the research has shown across the country — they’re much less likely to get up to grade level at another point,” said Wesley Jacques, the school district’s executive director of academics and instructional innovation. 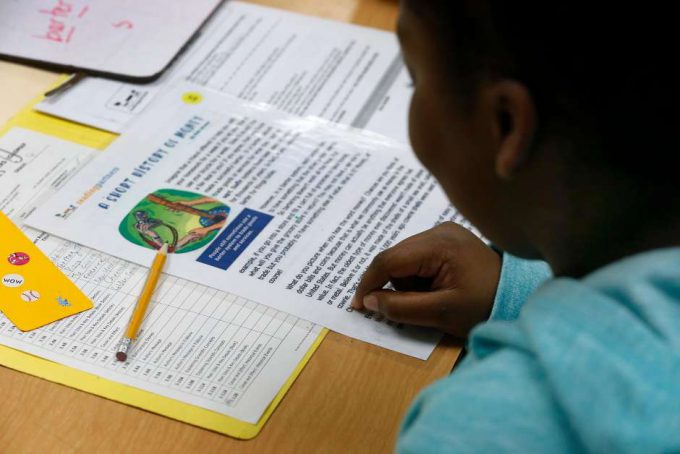 In 2017, the average reading score of fourth-graders in California was six points lower than the national average, according to the U.S. Department of Education’s National Assessment of Education Progress.

“When you look at proficiency rates, they’re not particularly high across the country and we know almost everywhere achievement gaps exist around race and socioeconomic status,” Jacques said.

Some of the things we’re trying to tackle are structural.

Jacques said about half of the district’s students speak a language other than English at home. That’s why he said programs like Reading Partners are critical to improving reading because “some students are going to need more support to get to grade level.”

Critical for the school district is finding money to pay for supportive services.

It costs $100,000 per year for every reading center that Reading Partners runs — and it runs 17 centers in the Oakland district. Typically, the organization asks for $25,000 from each school and it raises the remainder to cover expenses. Riddle said a majority of partner schools in Oakland use supplemental funds allocated by the district for high-needs students to pay for the program. Schools have discretion on how to spend the funds.

There’s not enough money to get all of the students the help they need, the help they deserve. The cash-strapped district is slashing programs as part of a $22 million cut from next year’s budget. Among the positions on the cutting board are kindergarten reading tutors and library technicians. Reading Partners isn’t part of the districtwide cuts because it deals directly with individual schools.

“I would love to see Reading Partners expanded, to be in more schools, but it’s really just a matter of if we had a funder or if our schools had the resources,”Jacques said.