The Problem We Are Tackling

Employees without a high school diploma earn an average of $23,000 year, which deeply affects their ability to break the cycle of poverty. It’s estimated that when our system fails to support a student through graduation, the cost to society is $260,000 in lost earnings, taxes, and productivity. 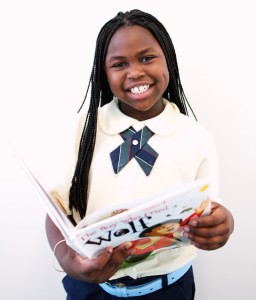 For years, the percentage of the nation’s fourth graders in public school who can read proficiently has hovered at around 35 percent. Children who are not reading proficiently by the fourth grade are four times less likely to graduate from high school on time — hindering their chances to live a happy, healthy, productive life. More stunning, one in three students was shown to be reading “below basic” proficiency — functionally illiterate.

For students experiencing poverty, the situation is even more dire: 82 percent of students eligible for free or reduced lunches are not reading at or above proficient levels by fourth grade.

The Literacy Project Foundation found that three out of five people incarcerated in prisons can’t read and that 85 percent of minors who have been charged with a crime have trouble reading. Such literacy disparities are linked with high recidivism rates— education being one of the surest ways to reduce the rate of becoming re-incarcerated.

Every state in the nation has large percentages of students who are unable to read at grade level. In fact, nationally more than 8.7 million low-income students in kindergarten through fifth grade are not proficient in reading — the equivalent of the entire populations of Los Angeles, Chicago, San Francisco, Boston, and Atlanta. If students do not receive effective interventions early by second grade, the less likely they are to ever become grade-level readers. With proper evidence-based interventions in the early grades, children can become strong, proficient readers.